Recently, people have asked ‘how come you are so calm lately?’ I tell them, I’ve  started to ‘#Have a word wi me sen‘. Yep a standard Yorkshire slang, but very true.

Sounds simple, eh? and they are like ‘eh?, I don’t get ya?‘ , of course you ‘don’t get me, and thats the point, I’d started not getting  Me sen, I felt lost and felt like I didn’t know who I was anymore’!

Its hard to explain (and I am trusting by that doing this blogging malarky, might will help me understand more)

Let me be clear though – The happier, less stressed Tracey, didn’t happen over night, I didn’t wake up and think ‘thats it! im going to change‘  have been contemplating “well procrastinating” and thinking for quite a while, in fact far longer than I care to admit. Because thats all I had been doing for a few years, is ‘fucking think’.  Now don’t get me wrong I’ve been keeping busy, working hard, achieving great work, going on nice holidays, making time for me best friends, but thats all I have been doing.

BUT I’ve still done nothing, not achieved something on a deeper level, I can only describe it as ‘losing me MOJO’

And its not for the one of trying,  I get all fired up saying, ‘right thats it, I’m going to run everyday now‘ OR ‘I‘m going to stop eating crap at the weekend’ OR ‘I’m not taking on anymore SHIT at work anymore’  you name it I have said many a time,  ‘THATS IT’ but then the burning ember, soon dies again and when I does, im back to square one feeling more of a ‘fucking failure’ AND the procrastination cycle starts again…

Whats different though this time, is that I am using my thinking to question some of my under lying, long term beliefs and values! anyone can think, you can think until the cows come home. What  I’m talking about is thinking a little deeper AND you don’t need to sign up to meditation classes or turn vegan ‘YES’ I said it ‘Fuck me EVERY ONE (well not everyone) is fucking Vegan, its the new ‘in thing’ and we have got vegan friendly restaurants popping up all over to accommodate this new band of  ‘VEGANS’. AND no,  before I carry on ranting, I genuinly have nothing personal against the people who have chosen to go vegan, BUT I do question their motives, think the majority of this vegan movement is more about whats ‘cool’ its the new socially acceptable ‘in thing’. I question, ‘do people actually really want or like being vegan, or are they doing it because their mate at uni is doing it?’ I quite frankly ‘don’t know the answer’ What I would question though is,  do these individuals understand, or accept these beliefs and values? or are they just copying other people, based on their underlying belief (based on what they see) that the other person, ‘seems so much happier than me, it must be since they turned vegan’. if I turn vegan then I’ll be happy like them. AGAIN, forgive me, I started using vegans as an example and it turned into a FULL BLOWN RANT.

Right back to me,  I digress – This is my own personal journey and my hopes and aspirations are my own and unique to me,  so me telling people what to think is a complete waste of time. all I have done is start to question my own beliefs and values. whilst I can tell myself that I’m unique and I will tell you ‘I  don’t care what other people think, this is actually a lie, because I do, more than you will ever know’  AND thats my friend is whats changed.

Ive stopped comparing myself to others, well im learning and trying NOT to.

Ive been taking just a little time out of my day ‘for me’ whether thats sitting here writing every morning, going out at lunch time, for a walk and a brows around the shops, instead of sitting and committing ALL of my working day ‘to work’ – I’ve learned that work isn’t a competition, but I feel like for the past few years  I have allowed it to feel like that. I have been putting myself forward vying for 1st place everytime time. AND let me tell you “its fucking exhausting’

I haven’t signed up to any program, I’ve just signed up to putting myself first AND thats been the most empowering thing I have done for AGES and guess what? ‘ITS FUCKING FREE, Yes I said it FREE…

So fuck you slimming world, taking my cash every week to tell me I’m a failure, because I gained or stayed the same (ps I don’t do slimming world, but thats what I think it does to people AND they pay for the fucking privalige)

FUCK you alcohol I don’t need you to have a good time, I can still be the same sarcastic twat with out you thanks very much!

“So, whats helped me learn this? it has been going back to basics, back to ME, I had lost the ability to ‘listen to myself’ to ‘trust myself’ to ‘value me and what I want’ to ‘stop putting other peoples feeling first’ (that doesn’t mean I don’t care about anyone, far from it)”

Right, morning rant outta way, I’ve got some ‘real work to do’ (see the sarcasm)  and I’m looking forward to g 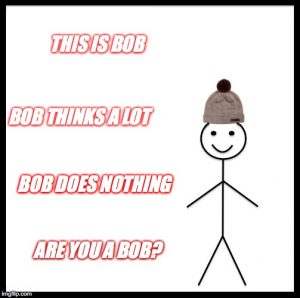 oing, because I am going into work knowing that whilst I love my job, im good at my job, thats all it is, it doesn’t define who I AM, it defines me a little but its NOT ALL ABOUT WORK. so I am defiantly signing off, see you next time, unless I decide to get pissed tonight and crawl back into me shallow shell again….