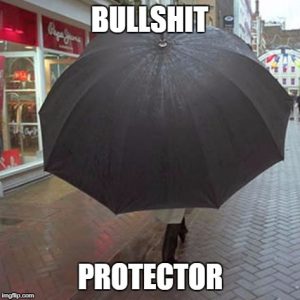 God I had a shit night, well shit day Tuesday,  I felt like I was on hyper mode, collecting/absorbing loads of  information. In fact I found myself walking around  work with a pile of papers, all relevant, but none in any particular order, just a fucking big pile of words and information that required some order. I Know I have a tendency to take too much on, I can easily get an idea and run with it like fucking Usain Bolt.

I had to have an “awkward and tense meeting” with a graphic designer that morning, who’d previously come up with the idea for creating a newspaper for the Help us Help Campaign.

Initially, I had loved the idea, what a great way to tell the story share a picture of all the great work the projects do in Sheffield all in one place. We had already got most of the content but just needed someone to pull it all together. So I was really excited about the idea and couldn’t wait to see the first draft, they had been liaising with our blogger, who had written some excellent articles about some of our providers, so I felt confident that the finished product would look great.

Well we got to see the first draft last Friday, to say I was under whelmed would be an understatement. It looked like a well designed newspaper for a fucking 5 year old. Now don’t get me wrong the images looked great, but there were no more than 60 words (and that is pushing it) for just a couple of the articles.

And thank fully I wasn’t alone in thinking the same. At the meeting everyone agreed that the product looked more like a brochure opposed to the ‘News Paper’ that had been previously suggested.

Im sorry, but when some says ‘how about we produce a newspaper?’ . In my head, I’m thinking, metro? Or The Sun, ‘I even had ideas about who could feature on Page 3’ but I wont go there, because those ideas are wholly inappropriate and need to stay in my head.

So yesterday was D day, the day we had to meet with the designer to say “what the fuck” well I didn’t say that of course. But you could tell she wasn’t impressed even before we started the meeting. Her first response was defensive  She shared “Being a designer”  how shocked she’d been to hear the not so positive feedback from the first draft.

Now believe it or not, I get it! They do their creative shit and I work in a world of fucked up, complexities that never have a simple solution, nor will a pretty design fix the problem.

I try to explain to her, that whilst it looks really good (I’m trying my best to focus on the positives here), it wasn’t exactly what we thought it would look like? I mean the purpose of a newspaper is to tell a story isn’t it?  this was more like a brochure of adverts.

Her response was, but “if you wanted a newspaper, then I’m afraid we might not be the right company for you?”  What the FUCK? Seriously, I am trying my absolute best here not to lose me shit, the last thing ‘I’ need ‘we’ need is to start looking for someone to design a ‘fucking newspaper’ something that THEY suggested in the first place!!!

Taking a deep breadth, I explained AGAIN, “It looks great, but instead of having a full page advert, can we not shrink the image and add some more text?” She looks horrified? “yes but you don’t want to be overwhelming people who too much information, in my professional experience people wont read it”

Deep breath, I try to explain, that in MY profession we are constantly bombarded with complaints by the general public demanding to know ‘what is being done to support the vulnerable in the city?’ They want to know and understand why, if there is support, why people are not using it, “NOW I’m sorry these adverts (whilst they look pretty) are not going to answer these questions and quite frankly are underwhelming”

I realised by her face that, she wasn’t convinced, sooooooo I suggested a compromise “look, how about we keep the images but had a few more words” (not too many mind, we didn’t want to comprises the artistic fucking pretty images they they had worked sooooo hard on, I mean we are fucking paying them!!!!!)

After half an hour we had managed go through, page by page the new content – I could tell she wasn’t wholly happy, but to be honest, neither was I?

But I ain’t got no time for being precious, after all as I explained to her, “we are dealing with a very sensitive subject here, a very complex one, and quite frankly whilst we can try and make some thing look good, the reality is that we are dealing with pretty shitty issues, and trying to get the balance is hard enough as it is, but quite frankly there are no ways of skirting around the main issues.

Come winter (when we will be reading this) when people are walking in the city centre and see someone begging, they will want to know WHY THEY ARE BEGGING?  they will feel guilty and sad. We need to be able to give the general public some thing that gives people a flavour of the issues, but more importantly what support is available to help them. AND if they DO care and they WANT to do something, they will know what and where they can go to support.”

I have to say, the rest of my day, went pretty downhill from this meeting, now I honestly don’t mind compromising but I do mind feeling like I’m being patronised.

Like I don’t know what I’m talking about? OK I am no graphic designer, but she aint no fucking worker dealing with this sad sorry shit day in day out and quite frankly I care more about those people on the streets than her fucking artistic EGO.

The only way I can describe how I felt by the end of the day on Tuesday was, that my personal invisible force field had been penetrated, by bullshit. Well I say penetrated on reflection, I ought to be saying I’d switched the force field off and allowed things to get to me.

We all need to protect ourselves, sometimes though we don’t see whats bothering us until ‘BAM” then your like “what the fuck”

Above is the only image I could get to best describe how I left work yesterday, (I couldn’t find a force field one, without running the risk of been sued for copywriting)

Don’t ask me why? Because I don’t know, why some days I feel great and others not so great, and thats the whole reason for this, writing, refection #havingawordwimesen.