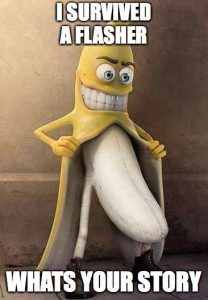 So i thought i would share with you a little excert from the book about one of my childhood memories.

Chapter 2 – All was not as it seemed

I loved living at Woodseats, at Fraser Cresent, there was a small garden on the front, and a larger one off the back, we’d only ever had a concrete yard to play on before. We had our own bedrooms, which back them seemed massive, the house was a lot more modern. The inside bathroom was luxury, no more tin baths for us, and the inside toilet was a dream come true. I remember we made friends quickly, all varying ages, but you did as kids don’t you?.  There was Alison who lived across the road, she was a little older than us, very pretty and I remember her house always smelling like coal, some people still used coal as fuel and had coal houses outside the house, every so often the deliveries would come down the street, lorries piled high with big sacks full of coal and the men would be covered in black soot.

There was a steep grassed verge outside our house, which led to the road and every so often a set of steps. I have fond memories of being able to stay out late until after dark, it probably wasn’t that late, well it was the street lights would have been on, which would normally been time for us kids to be going indoors, but not all the time, we would be sat there on our front, chatting, laughing, joking  whilst watching the local bats swirling above our heads.

These are some of the most innocent times of my childhood, I loved it living there, I would climb one of the local trees, right up to the top, I could always go higher than any of the boys, I had no fear. But the best part was when I was alone, at the top, I could see for miles, it was quiet, I’d often go and climb that tree alone, just for the feeling I got from sitting at the top alone.

Anyway I digress there was this spotty kid, Adrian who also lived across the road, I think he was a year or so older, but was a reet spoilt git, he always had all the latest toys and would spend most of his time showing off.

Across from our house to the left was a cul-de-sac called Fraser Drive, that on one side opened up to Barbers Field, which was a huge playing field with woods to the right of it.

There were some kids who we would play with who’s houses backed directly onto the field, I don’t recall any of their names though, but what I do recall, us kids having races, shimming up the lamppost and playing rounders with the kids and their parents, I’d often think ‘wouldn’t it be nice if my mom and dad could turn up and play too’, but like yeh! that was ever going to happen.

Anyway, further down the drive opposite the woods that was were Rachel lived,  I used to play with Rachel a lot, I remember how I loved spending time around at hers, she had older siblings and there was always a friendly, family atmosphere around theirs. There was this one time, me and Rachel had been up to the main shops on Woodseats for some sweets. Now to get to the main shopping precinct everyone would have to use the path that ran from the estate. At the bottom of the path was small bridge hovering over a small stream, once over the small bridge your journey would take you up a steep path, the path was surrounded by woods, which would open up on the main shopping precinct, this path was called “the dale” don’t ask me why? This was a busy route, it was the same one we used to go to school every day or people would use if they were going to work, or to use public transport,  anyway, it was used ALOT. One day there we were, me and Rachel on our way on home  from the shop innocently waking back down the dale, when we get half way down, we are stopped, someone was shouting from behind us, further back at the top of the path.

At first we couldn’t see where the shouting was coming from, but then to the left of the path, just by the side, in the woods, there was a guy, don’t ask me how old, standing there bold as brass, shaking something in his hand. Now trust me I had never seen a penis before, and in all honesty I hadn’t got a clue what he was doing, neither did Rachel, we were just stood there trying to work out, who this guys was? What he was doing? And what did he want with us?

Then, the penny dropped “its a FLASHER run” I remember spinning around and bombing it down the path, I got to the bridge and sensed I was alone, where the fuck was Rachel? I turned around and there she was in the very same spot, stood frozen, unable to move and the dirty bastard bloke was still there, playing with his thingy, smiling to him sen. I couldn’t leave Rachel there, so I ran as fast as I could up to her, grabbed her arm and dragged her back down the path with me. Her house was the closest, so we ran straight there to raise the alert there was a perv on the prowl. Our reactions couldnt have been more different, hers was of shock,  fear, she was traumatised. My reaction however was of anger, “the fucking dirty bastard, bet he wouldn’t do that to a bloke” I remember feeling pretty brave with me sen, after all I was about, 8 or 9, after all i’d been confronted by a pedo, perv, flasher and not only had I survived, I had saved Rachel too. Fucking hell I was a hero. The police were called, and we were asked to give a description, well to be honest all I could remember was his penis, Rachel was able to give a better description than me. All I do remember is that he was wearing the stereo typical mack coat, I think it was beige, I wouldn’t have been able to pick him out of a line up, because it happened so fast, but we gave the police what we could and they went on their way.

Well the whole estate was talking about it, there was uproar, this was a nice estate, nothing like this ever happened, well it did that day and because of that fucking perv, me and my sister weren’t allowed out to play for ages, we couldn’t leave the front of the house, for what seemed like an eternity.  But i was “a local hero.”

Have a great day, think about all the obstacles you overcame as kids and still lived to tell the story : )

One thought on “#shithappens – an excert from the book”