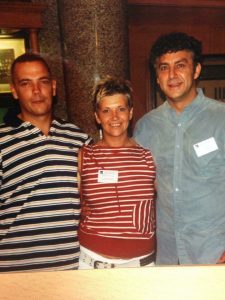 Left to right – Chris Scott, Myself and Mick Holmes

Not really had the time to have much of a word wi me sen this week, well not on here anyway. After trying to avoid our old man for much of the previous week I failed miserably and have now got the dreaded lurgy. Two days out in the damp and cold weather probably didn’t help, but thanks to the support from friends and colleagues I have been able to stay at home and hibernate to recover ready for work tomorrow. Only a couple more weeks of deadlines to get out of the way and then I will feel like I can start to unwind in time for the Christmas break.

I got a call message Friday night, saying that there were rumours that someone I have known for the past 20+ years had passed away and after a few searches on social media and post from people who also knew Chris kinda confirmed it.

I First met Chris when he came through the doors at Kickstart, which was a day rehabilitation center, I had not long since started volunteering there myself. Chris was a charming and charismatic guy who was desperate to get off the gear and he did achieve it and would have long periods of abstinence, he would be the first in line to volunteer and help others, he was acutely aware and conscious of how his using impacted and hurt his family. Chris’s mom, Barbara is one of the nicest women I know, despite her pain she was always there to offer comfort and support to other parents baring their souls in the weekly support groups, she was an active member in a local family support project called RODA, I recall she gave some of the best cuddles.

Chris’s journey wasn’t easy and after periods of abstinence he would find himself back at the doors at Kickstart for help again. I remember myself and Mick Holmes chatting to him on one of the last occasions explaining that he “Had all the tools, he knew what he had to do, he just needed to use them”.

And he did, Chris went on to volunteer, secured himself a job at a the Burngreave Drugs project, where he was employed by the NHS, something he was extremely proud of, working with others who themselves were struggling with their own demons. Kickstart had folded and I was employed as a family and friends development worker, raising the profile of families who are affected by a loved one’s addiction, Chris took part in a short film to help raise awareness about the importance and benefits of families receiving support, he shared how important it was to him and how family support had actually helped his own recovery. Chris had got married, had a son and on the surface, he was doing great.  I do not know all the ins and outs, but through the recovery jungle drums, he had separated from his wife and it transpired he had either stopped using, forgotten or lost the tools, lost his way and found himself back in a relationship with addiction. Three years ago I was walking the Cholera Monument grounds, responding to reports that someone was sleeping rough when we got there, the den was like makeshift living quarters, it wasn’t until I retrieved some letters on the floor addressed to Chris, that I knew he was in trouble again. I made some calls and was relieved to hear he had touched based again with friends in the treatment services and got himself back on track.

This was Chris’s signature, he never stayed in that relationship with drugs for long, he was like the fucking boomerang kid, he would get his tool kit out and would always bounce back, he never gave up and I will always admire him for that. Sadly for reasons unknown yet Chris won’t be bouncing back.

I have had many messages via Facebook, from people themselves knew Chris from their time at Kickstart, all of them have moved on with their lives, but all still have very fond memories of Chris. My heart breaks for his mom, who I cannot even to begin to imagine what she must be going through or his family, all I know is that Chris, despite his slip-ups his family have always been there and I know he was always eternally grateful for their support.

So, whilst I am sat here feeling sorry for me sen, this is just another reminder that I/We have a lot to be grateful for, “got no money, feeling shit? fell out wi ya partner?  sort it out, put on 2lbs? #haveafuckingword and remember at least your still breathing!” 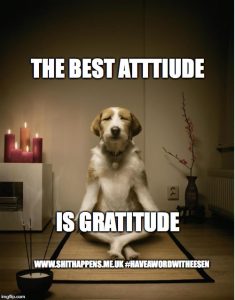