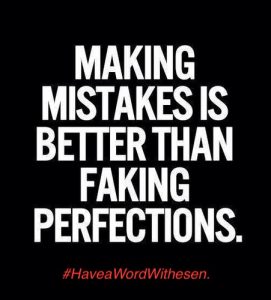 So this week has been a busy one

After a weekend of catching up and reminiscing about the good old days and the not so good old days with family from dad’s side. On Tuesday I attended my first Novel Slam! Call it a sort of X factor for budding writers a chance to pitch their novel in progress against some of Sheffield’s writing talent for the chance to read an extract to an audience and receive feedback from esteemed judges (all of whom I have never heard of before). Feeling like a fish out of water, I purposely made sure I was one of the last to arrive, only to find that I was half an hour early, people were mingling talking in pairs or small groups, welcoming each other they all seemed relaxed and reading for the slam, I wasn’t up for talking or really meeting people per say, I mean I had nothing to say I was there to take it all in, I knew only one person in the room a lady called Anne Grange  local writer from Sheffield who provides support around editing, proofreading I had met her the week before to discuss my book, she also offers a ghostwriting service which is very tempting I’ll tell thee, but I am determined to do this!

This writing malarky is a personal challenge AND trust me! it fucking challenges me. I have no ambitions to become the best selling author, I am not looking for an agent I just want to write this friggin book, its like an itch that won’t go away, my confidence and resolution swings like a pendulum, one minute it comes easy the words flow easily the writing feels like it has a purpose but then it can switch in a nanosecond to an unrealistic burden I have placed on myself, where I question and doubt myself frequently – but being me  I am determined not to give up.

I have worked late most nights chasing funding trying to justify the return on the measly offerings of investment to run this year help us Help Christmas Cabin campaign, so this week has certainly had its challenges.

Last night I was well and truly spent! 5 O’clock came and I could have quite easily gone home, but I didn’t because I had committed to attend a charity event celebrating the 20th anniversary of a project that supports and advocates for young people in the LGBT+ community after the event I felt compelled to write a thank you letter to the Say It organization.

To Steven and all the staff, volunteers, trustees and more importantly the young precipitants of the services provided by Say it charity I would just like to say a very very BIG thank you for last night’s event. Being a passionate advocator for societies judged, misjudged and misunderstood tonight, can I just say you were all truly inspirational and I feel compelled to explain why…

I nearly didn’t come tonight, I was tired, mentally drained, hormonal and quite frankly knackered I could have quite easily given tonights event a miss…

“This isn’t political” But I work for Sheffield Drugs, Alcohol and Domestic Abuse team (DACT), who have the heavy burden of commissioning much needed, and high demand support services for people affected by substance misuse, domestic and sexual abuse. I say it’s a heavy burden because whilst budgets are being cut year in, year out, the demand for these invaluable services continues to rise. I have the utmost respect for my managers who have the responsibility for making sure that the less than adequate budgets are spent in the places where they are most needed when we all know that all services are needed and deserve investment.

I am the user involvement lead for the DACT team and my role is essentially is to engage, consult and empower people who have either used or are currently using our commissioned services, this is the best part of my job, its the part I love the most, its what gets me out of bed every morning. Connecting and seeing people who have experienced sometimes, most times horrific forms of trauma and but have somehow found the courage and strength and the resilience to kick back never ceases to amaze me, working alongside them is an honor. – So thank you

Being the Domestic abuse user involvement lead I have recently been involved with one of Say it’s projects, Call it out, which received funding from the DACT working with people from the LGBT+ community who have been affected by domestic abuse. I recall the first user involvement event I came along to, feeling nervous, frightened that I might offend someone inadvertently because of my lack of knowledge about the “right” language that should be used (and for those that know me I am renown for saying the wrong thing from time to time) within the LGBT+ community. I laid my cards out at the beginning of the session and shared that I am not an expert about issues within the LGBT+ community and acknowledge that I have still got a lot to learn, so it was reassuring when everyone in that room said that they felt the same too. -So thank you

A few months after this meeting I was privileged and humbled to see one of our service users go to speak at conference organised by Say it talking about their experience of domestic abuse and being part of the LGBT+ community, not normally one lost for words, the same as I was last night and that’s is why I am so thankful that I came along – Thank you

I also learned that I think I am a straight version of Steve, But seriously steve last night you reminded me to never shy away from who I really am, even if that means offending some people along the way, because they might not agree with what I say, but under all the bravado and smiles what most people don’t see is that this can be hard at times.

And I have to be honest it has been tough of late, fighting, kicking back at negativity, stigma, shame, injustice in today’s society sometimes feel like I have been surrounded by mob of negativity vampires sucking the life and fight out of me, but tonight you helped me find my garlic, you armed me with an invisible stake to help warn and keep at bay the negative blood-sucking vampire mob at bay, the mob commonly refer to as today’s toxic society. Today you helped build and restore my sense of worth – Thank you

Most of all you reminded me, you all inspired me to continue fighting the good fight…

So once again – Thank you