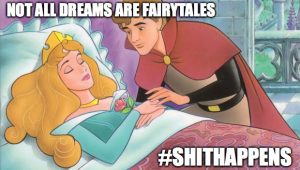 I dreamt about dad last night

He was supposed to be dead already and I never know when or even how he has come back to life again, in my dreams but he has. He’s never as bad before he died last time, which means this could go on for a while, before he deteriorates again.

This time dads living in the tower blocks on Norfolk Park, where he used to live when I was as teenager and where I lived for a short period of time, so I was familiar to the space, the flat that he once lived. His living room was sparse, just the basics, I don’t reacal seeing alcohol. But I knew my role there was to be his taxi and take him to the pub for the alcohol.

I was wondering how he was going to pay for the drinks, because remember feeling anxious that I didn’t have much money myself. But he is still looking smart, dad always looks smart,  he’s pretty wobbly and unstable on his legs as he prepares himself for the walk to the car.

I know whats whats coming already, people staring making judgements “why is she taking him for a drink, when he clearly has had enough already?” , “he looks ill should he even be drinking?”

And its times like these that I’d love to whisk them into my shoes for a day, week or even a month to try and get them to understand and stop fucking judging me. I love for them to try and tell dad, that he shouldn’t be drinking, or suggesting he just drank a little less, or in this dream “dad, how come you are going out if you have no money?” But dad always had an answer, dad knew everyone and also knew that he would be drinking,”don’t you worry about that shug’s’, just get the car ready”

There was never no point arguing, it took too much effort, it was always easier to just go with it, after all it wouldn’t be long before he passed again and life would return back to normal “what ever the fuck that means” or for me until the next dream comes back. The dreams are always different, but always the same.

Somehow don’t ask me how, dad is back, he’s back in my dreams, he’s back from the dead, the sense of “him knowing what was good for him” was back. That gut feeling of despair is back, worrying about being judged and questioned by my family back home, who are frustrated at me for even giving dad the time of day. That feeling of not being able to walk away. these are the very same thoughts that I had, after three days of being by dads bedside, being there with him, when he took his last breath, which never came.

Then i woke up, but not before writing much much more for the book.

I have shared this as a reminder to others and myself, that memories, that the feelings associated from those very same memories, never go away, you just have to come to terms with them, learn to live with them and move on.

But they will always be there, well in my case, in my dreams #shithappens it’s how you deal with it that counts.

And before you start wondering “is Tracey ok?” yes I am, in fact I have never felt better, writing and sharing just a little bit of me helps. I class myself very lucky to have come through life to date and still be ok, some poor fucker is still dealing and living with this shit!