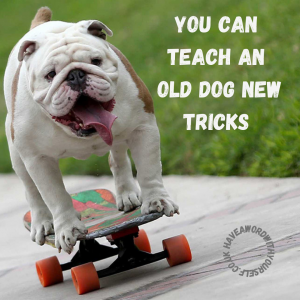 Growing up, money had always been a sparce commodity. Everything was done on a budget. My mum and stepdad left school with qualifications and were struggling financially, whereas my Dad, on the other hand, left school early with nothing and was thriving. Dad didn’t work for anyone, he was his own boss, and he was never short of cash. My mum and stepdad rarely went out and socialised whereas Dad was always out. His lifestyle seemed much more exciting.

So, I had decided from an early age that I wanted to be like my Dad… the thought of leaving school without any qualifications didn’t put me off at all.

I was young convinced I would be ok.

I couldn’t wait to turn 16, leave school, be independent and for the parental reigns to slack off so I could unleash myself into the big wide world, which at that time mainly revolved around the boundaries of Gleadless Valley estate. It was both scary and exciting at the same time, but I quickly learned that when I came to apply for the kind of jobs that paid well, all of them required that piece of bleeding paper that said ‘Qualification.’

I lasted two days at a YTS scheme that my mum had encouraged me to apply for before jacking that in and getting a job in a cutlery factory. It was a filthy job, the work was monotonous and boring, but at the end of the week, it provided me with a wage that allowed me to buy myself something new, to go out with my friends and finally have a life! It wasn’t ideal, but it would keep mum off my back until I sorted something better.

All was going well until my new adult life was cut short, becoming pregnant at 16. Any aspirations of making into the big time or independence were dashed. Now I had someone who was dependant on me. Early on, we managed on benefits, but it wasn’t long before I was topping up the benefits with cash in hand jobs. I worked for Dad in his video shop and his taxi firm. Over the years, I have tried my hand at fruit picking, telesales. I worked in a café, a couple of newsagents, and washed pots in a busy restaurant’s back room. I worked in a chippy, at a petrol station for a while before selling drugs and buying or fraudulently obtaining items to sell on.

My career of wheeling and dealing came to an abrupt stop after being sectioned for drug-induced psychosis. I was on my arse, a single parent in an unfurnished maisonette and not a penny to my name.

I wanted to be a positive role model for my kids; the only thing was I didn’t know how to go about it? I had none of the qualifications that seemed to open doors. References from previous work were nil and void as they had never been official jobs. I had never paid national insurance, so I didn’t have any legitimate employment history, then there was the fact I’d not long since been discharged from Middlewood Hospital. Aged twenty-two I literally had nothing to show since leaving school, nothing.

Early on in my recovery, I was honestly ready for throwing the towel in and returning to my old ways. I’d shared my frustrations with the community psychiatric nurse (CPN) who used to visit me once a week as part of my rehabilitation back into the community.
“What was the point of trying to go legit when no one was willing to give me a chance?”.
She looked at me a replied
“Have you considered going back to college”
At first, I scoffed at the idea, I was thick, I hated the classroom, and if I’m honest, the thought of going back to college terrified me, AND it wasn’t going to bring any money in. Thankfully my CPN pushed me
“Given the choice, what would you like to do?”.
I gave it some thought…
“I would love to work with young offenders; I don’t think kids get enough support. I wished there had been more support from when I was a kid”.
She reckoned that there would be a course that might be able to set me off on the right track.

I still wasn’t convinced, though. Had it not been the fact that the college provided a free creche facility, I would probably have never gone, but I had an eighteen-month toddler running around an empty house with no stimulation at all. If anything, I went for her.

That CPN worker will never know just how much she helped shape and influence the course of my life. I despite my initial reservations, she helped me enrol on a social science access course. It wasn’t hard as such; it was just different. Being in a room with people with a thirst for learning at first seemed alien to me.

I soon learned that I wasn’t as thick as I thought. And instead of my past working against me, it started working for me; I had past lived experiences that none of my peers had experienced in a lifetime. One of the teachers on the course picked up on this and encouraged me to apply for a counselling course, intending to support other women who might be going through similar experiences I had been through.

On that counselling course, I met a guy who offered me a volunteering role at the day rehabilitation he managed. Little did I know then that I would embark on a career working with people affected by addiction instead of young offenders.

On my first day, I met my lifelong recovery buddy, Mick Holmes, who was embarking on a similar journey as me. Like me, he was fresh out of rehab himself. His only qualifications were his lived experience. I met other people who had been in the same boat as me, who were turning their lives around, and I wanted some of what they had got.

In my early volunteering days, I was like a sponge. I wanted to absorb as much information as I could mentally and emotionally handle. Much of what I have learned today has taken place watching, observing, reflecting, and learning from others more experienced and knowledgeable than me. I felt extremely privileged and honoured that someone had given ME a chance.

Volunteering gave me a sense of stability. It gave me purpose; it also gave me a personal insight into my own addiction and helped shape my recovery journey. I learned more than I ever could from my lived experience recovering from addiction than I ever did at school. That’s why I am passionate about giving people who have been written off by society a second, third or fourth chance.

Twelve years on from starting my volunteering journey, I finally acquired a health and social care management degree. But if I’m honest, I’ve never used it or needed it. I genuinely believe that with the right training and support, people with lived experience offer a credibility that outweighs any academic qualification.

I would love to see employers moving away from competitive interviewing to adopt and embrace a compassionate interviewing approach in recognition of the 70 20 10 approaches to learning. Which works on the principle that people learn 70% from on-the-job experience and from doing. That people learn 20% from others in the way of observing, coaching and mentoring. 10% is down to formal training like courses, reading and online learning. https://www.linkedin.com/pulse/50-activities-use-70-20-10-model-sean-mcpheat/

It’s reported from treatment providers that at least one in four of their staff members being in recovery, but I would like to see more.

I have chaired Sheffield Recovery Community for the past eight years. I have lost count of how many people have gone through Sheffield’s Ambassador scheme, to go onto full time employment. What excites me more, or should I say inspires me more is knowing that they had acquired their post, not based on their academic qualifications, but based on their past lived experience and personal development.

People like Jane who has just started work in the criminal justice world or Tracey who has just secured a job as a drugs worker and they are not on their own, there are loads of people giving back Shane Adam Lesley  Danny Darren

My advice to anyone starting out

Connect – with likeminded people, watch observe and learn (There is always something to learn, especially about ourselves)

Take some risk – try something new, you have nothing to lose and potentially everything to gain. You will never know what direction fate has in store if you don’t take risks.

Getting into volunteering might not be paid employment, but the training and skills are invaluable and, most importantly, transferable, so nothing is lost. Plus you will also gain some much-needed practical work experience

Remember, try not to be afraid of who you truly are, be proud of your recovery and remember, if you would like to subscribe to more posts, please go to main page and sign up for emails.

Oh, and If you liked the post please share it on social media and with friends – and if you didn’t like it then do nothing that’s ok too

4 thoughts on “Give people recovering from addiction a second chance”